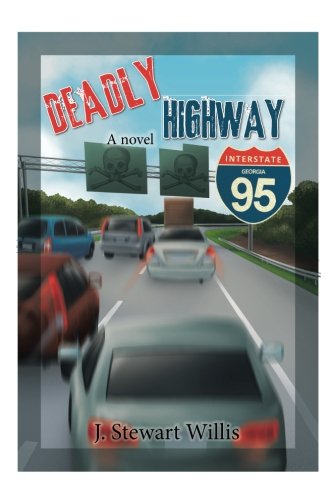 J. Stewart Willis grew up in Alexandria, Virginia and went to the United States Military Academy, from which he graduated in 1958 and served for twenty-five years in the Army. During that time, he served in Taiwan and later in Vietnam as Signal Officer of the 173rd Airborne Brigade. During his Army career, he attended graduate school at Rensselaer Polytechnic Institute, earning an MS and PhD in Physics. He served as a Professor of Physics at the United States Military Academy for sixteen years before retiring from the Army in 1983. He next worked for TRW Inc. as a manager working on communications projects and the Department of Energy’s Nuclear Waste Project at Yucca Mountain, Nevada. During this time, he lived in Rappahannock County, Virginia, where he has lived ever since. There he served as the elected mayor of Washington, Virginia (often referred to as “Little Washington”) for nine years. He currently lives in Sperryville, Virginia with Charlie, his greyhound/borzoi cross.

Welcome back, Stewart! For new readers you can find my previous interview with J. Stewart Willis on his debut novel, Gestation Seven, here. Today we’re going to talk about your latest book, Deadly Highway. What is this story about?

The story centers around the personnel at the east coast division of a major tech company who are preparing a proposal for a major contract for a highway to replace the Interstate Highway System.

The contract will potentially be worth millions of dollars, and perhaps billions over many years, and will ensure the future of the company, as well as its new east coast vice president. As a result there is enormous pressure on the proposal manager and his internally competitive staff to win the bid. The book involves not only the development of the proposal, but also the competitive and cut-throat actions and interactions of the staff and their wives.

How did you come up with the idea for this book?

I try to write my books involving topics or approaches to topics which are not ordinarily addressed in novels. In my past, I worked for a tech company and was involved in the development of three proposals. Although my experiences developing those proposals were constructive and friendly, the idea of a proposal development in a more acrimonious atmosphere seemed to provide the opportunity for the development of a novel. That atmosphere, far different from my own experience, is what I’ve portrayed in Deadly Highway.

Tell us about a couple of your more colorful characters.  What motivates them?

Charlie Hendricks is a newly retired army colonel trying to establish himself in industry and competing with the more established employees at the tech company. He is a man who wants to be where the action is and is suffering to some extent in the atmosphere of paper pushing.

Linda Hendricks is a woman who has been an army wife for twenty years and has suffered through her husband being in Iraq and Afghanistan for three tours while she is raising two sons. In her frustration with what she views as a dull life, she has an affair which she comes to regret.

Bella Fortiano is the wife of a long-time employee of the tech company. Over the years, by sleeping with the proposal manager and supplying drugs to the manager’s wife, she has protected and supported the position of her husband’s position in the company. When she discovers Linda Hendricks’s affair, she uses it to blackmail her husband’s new competitor.

How do you create your characters? Are they inspired by real people?

Some of the characters are loosely based on some of the people I knew in the army and in industry as a starting point, but from there I went off with my imagination. Fortunately, I haven’t really known any of them.

Which character do you relate to most and why?

Charlie Hendricks, because I retired from the army and went into industry.

What is it about corporate politics that inspires such creative plot lines?

The politics of the book are a little extreme, but I have known manages who were very competitive, along with their wives, in working on friendships with their bosses.

I was intrigued by some of the ideas your characters came up with for building a new highway system, especially some of the methods for guiding and controlling traffic using technology.  Is this the realistic future?

I believe the concept of self-driving cars will govern the design of the highways of the future and hopefully, the software involved will allow overall control of the traffic on the highways to improve safety.

How extensive was your research for this novel, particularly as it relates to building a highway system?

Mostly I reviewed the government regulations associated with procurement. Self driving cars, of course, receive extensive discussion in the media which we all read.

What have you learned since writing your first book, Gestation Seven?

I think people want stronger characters. Gestation was about a young man overcome by circumstances and surviving in that atmosphere.

Being an author these days involves more than just writing great books – what are you doing to market yourself and your book and what’s been your biggest challenge?

I have spent an incredible amount of money with “professional” marketers with little effect. I do book signings, but the impact is small. I also work Twitter and Facebook, but my contacts there are often other writers with the same problems I have. The whole process is competitive and difficult.

What do you love most about being a writer?

Hearing someone say they enjoyed my book.

Do you have a muse?  How does he motivate you?

No. I’ve had ideas in my mind for years and am now trying to put them to paper.

Do you ever experience writer’s block? If so, how do you get past it?

What can you tell us about your writing process?

I have a few ideas to build around and then just sit down and write linearly to include those ideas.

So, what’s next?  Do you have another project in the works?

I am currently working on a book entitled “Three Degrees Fahrenheit, and Rising” set in the year 2087.  At the time some of the coastal lowlands of the U.S. are flooded by a rising sea, people are moving inland, and jobs are hard to find.

Taking what you’ve learned with two novels under your belt, what advice can you give aspiring authors?

Since I haven’t been very successful so far, I’m reluctant to give advice. I think I have written interesting books and have gotten good feedback on them. You need to get people to read your books. With the thousands of books out there that’s difficult to do.

Do you have a website or blog (or both) where readers can learn more about you and your books?

How can readers connect with you on social media?

If you write, enjoy the writing. Be careful about spending money on marketing. The cost can eat you alive.