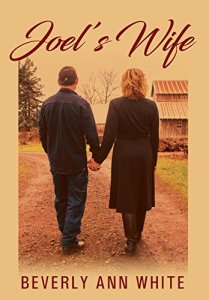 “Joel’s Wife” by Beverly Ann White is a story about a polygamous family told from the viewpoints of the wives. White captures the intricate details of the inner workings of the family’s everyday lives and spins an impressive “tell-all” tale that will leave readers thirsting for a greater knowledge and understanding of a lifestyle that has certainly been the subject of controversy over the years.

The wives are vastly different from one another, each having a unique story to tell, providing a well-balanced read and keeping the narrative captivating and fresh. Only one of the wives was born into the polygamous lifestyle, and it being all she knew, was the wife most comfortable with the arrangement.  All of the wives, however, enter into the relationship willingly, with genuine feelings for their husband. One of the wives puts a spin on the story that is perhaps even more controversial than polygamy itself and will provoke strong emotions from readers.

All of the characters have depth and authenticity in their roles. Joel’s character, although we never hear his viewpoint directly, connects with the reader through his sensitivity, wisdom, practicality and obvious love for all of his wives.  As I was prepared to dislike Joel and everything he stood for, I found his character to be a nice surprise. I would like to have seen a chapter narrated by him, but it was not necessary to get to know him – the author did a great job painting a clear picture of his personality. As to the more infamous people involved in the polygamous lifestyle, it was refreshing that the role of John Smith and his following did not play a significant part in the plot.

“Joel’s Wife” is Beverly Ann White’s debut fiction novel and the writing is fabulous. In learning more about the author I found that she has written three memoirs, which each sound fascinating, but I believe Beverly Ann has found her niche in fiction – she’s a great storyteller and I hope to see more work from her in the future. Great read!