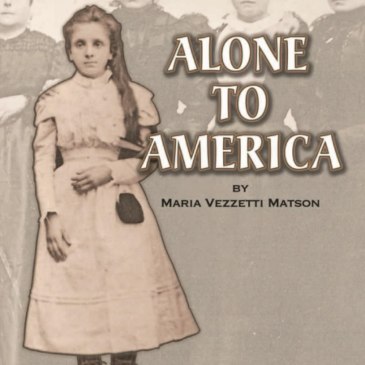 Gennie receives news that her big brother, Emilio—who lives in Michigan, USA—needs her to travel to America in order to help him and his wife with the arrival of their baby that is on the way. This is not good news for Gennie. The thought of leaving her precious farm and enchanting small Italian village to live in a completely unknown place is absolutely terrifying and saddening for her. But thinking about the adventurous travels to another country and how much fun she will have during the trip has her jumping for joy. That is until her parents drop another bombshell on her: none of her family members will be accompanying her. She has to travel alone. But she is just 14 years old. And she is mortified that her own parents are requesting her to travel all alone to a foreign country. To make matters worse, she is not even allowed to bring along her favorite kitten, Meeshee. This is just downright heartbreaking for her. … END_OF_DOCUMENT_TOKEN_TO_BE_REPLACED 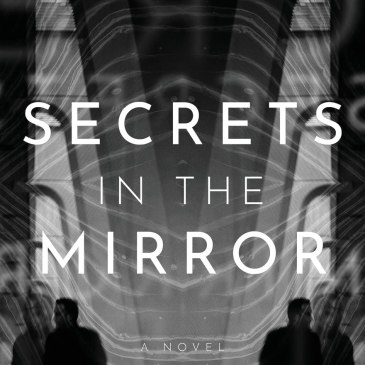 “Secrets in the Mirror” by Leslie Kain is an immersive psychological coming-of-age book highlighting the peril of mental illness, particularly the generational type—deeply embedded within families and has mainly gone undiagnosed. Told from the third-person perspective and following Gavin DiMasi, the teen faces an ongoing inner battle between feeling responsible for his twin and being imprisoned by his cruel torment. … END_OF_DOCUMENT_TOKEN_TO_BE_REPLACED

“Seeking Forgiveness” is the journey and coming-of-age of one woman’s only wish- to become a mother, no matter the cost. Rachel Zames finds this obtainable after checking off the boxes of meeting the man of her dreams, albeit later in life, and having the breathing room to settle down. Marrying later in life comes with its potential problems, one being the struggle to conceive; being a problem-solver, she’ll figure this out. When a child becomes available to adopt, Rachel jumps at the opportunity to be the mother she has dreamed of – the skin and ethnicity of the child shouldn’t matter, right? … END_OF_DOCUMENT_TOKEN_TO_BE_REPLACED

Teenage Zach has two obsessions—major league baseball and the Vietnam war. The more stories his parents and grandfather share about surviving the Holocaust, the more his war preoccupation grows. His friends Jonah and Tony want him to stop being such a buzzkill. Still, Zach cannot stop himself from keeping a running tally of the war-torn American soldiers perishing every hour. He fears it will only be a matter of time until they abduct him and his Jewish relatives and unleash their tortuous actions like they did in the Holocaust. … END_OF_DOCUMENT_TOKEN_TO_BE_REPLACED

There is an art to writing a good short story as the limits presented by the form mean that a lot, and I mean a lot, needs to be crammed into a much shorter word count – characterisation, suspense, sense of place. And there is no doubt that Rosemary Mairs is good at this.

I devoured “A Recycled Marriage” in practically one sitting and found much to enjoy in these pages. Personally and generally, I think the short stories that are the best are those that are darker in content, where the intents of the characters are revealed by degrees, the delivery of the twist shocking and unsettling. All of that was present in Mairs’ stories. Like the short story master himself, Roald Dahl, you are led into a world where you sense that all is not right, preparing yourself ultimately to be confronted with this but just not knowing exactly when and what form it will take – a confession, a killing, a submission, a revelation, a confrontation. And we are in the world of ordinary people throughout, living their everyday lives for the most part. Mairs shows us relationships and friendships and also discusses political influences on her characters who have become involved in the sectarian violence which was such a big part of Northern Ireland’s history.
… END_OF_DOCUMENT_TOKEN_TO_BE_REPLACED

“The Bridge to Magic” is a magnificent high fantasy debut by exciting new author, Alex Thornbury. Dark and foreboding, while equally alluring and addicting—as the first book in The Sundered Web trilogy, Thornbury lays the foundation for an unforgettable journey. … END_OF_DOCUMENT_TOKEN_TO_BE_REPLACED

“Twisted Piccolo” by Steven Lane Smith follows Daniel Cromwell from the plane crash that killed his wife through his excruciating years recovering in the burn unit, life as an Air Force pilot and, finally, working covert missions for the CIA. Known by his friends and comrades as “Stitch,” Cromwell finds himself unfulfilled by the life he has and riddled with money issues, an imperfect marriage and prejudice from fellow pilots because of his disfigured appearance. As Daniel sets his sights on improving his financial situation, he ends up flying unapproved missions for the CIA to aid the smuggling of cocaine for a Mexican cartel.  … END_OF_DOCUMENT_TOKEN_TO_BE_REPLACED

“The Lapone Sisters,” is the story of three sisters who are coming of age in the mid-70s. Schmellda, or Shell, is the oldest. She starts out as a chubby teen who has issues with her body producing excess oil. As time passes, she recreates herself into a beautiful talented young woman. Her talent lies in creating unique floral pieces. The middle child, Sorina, is described as tall, beautiful, and willowy. She is hampered by a severe stutter. Discovering her voice helps her to overcome her speech impediment. Esmerelda, or Esme, is the baby in the family. She has no problem letting others know exactly what is on her mind. … END_OF_DOCUMENT_TOKEN_TO_BE_REPLACED

From the plight of being fatherless for most of his childhood to his mother marrying Jacob, an abusive Bible thumper, it was clear that love had failed Gene. The more he rejected faith and followed his passion for playing guitar, the more ruthless Jacob’s beatings became. In his stepfather’s eyes, the teen was nothing but a sinner who deserved to go to hell. It became clear to Gene that if he wanted to break free of Jacob’s control and manifest his destiny, he would need to leave Colorado. … END_OF_DOCUMENT_TOKEN_TO_BE_REPLACED

Larry Lockridge’s novel, “Out of Wedlock” tells the story of Jess Freeman, a plastic surgeon based in New York and although he is older, well beyond teen years, this is almost like a rites of passage novel, a genre normally associated with much younger and less experienced characters. But there is no doubt that this is a book about the adult protagonist embarking on a voyage of discovery and this is mainly done through relationships. … END_OF_DOCUMENT_TOKEN_TO_BE_REPLACED