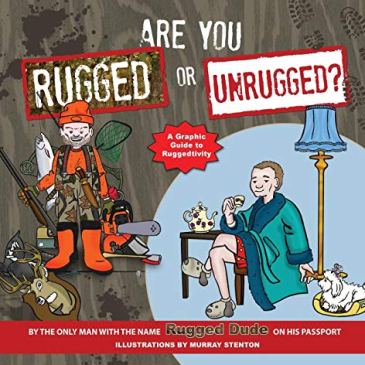 “Are You Rugged or Unrugged?” by Rugged Dude Carson is a humorous book which includes scenarios in which you are judged as either rugged or unrugged (according to Rugged Dude Carson). Examples of scenarios include getting a cat instead of a golden retriever = unrugged but removing your artificial leg to use it to kill an attacking wolf = rugged. … END_OF_DOCUMENT_TOKEN_TO_BE_REPLACED